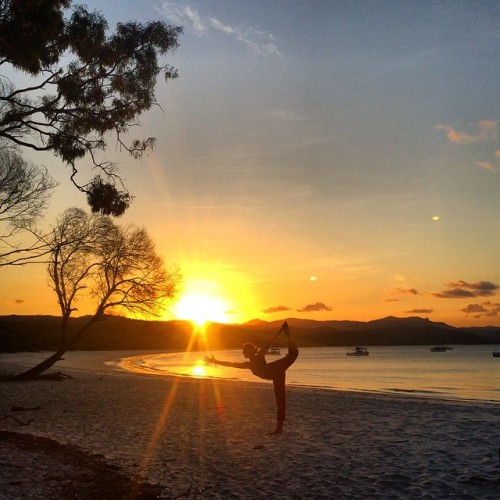 Fear; it tightly grips my heart, squeezes my lungs, stiffens my muscles and paralyzes my mind.

This fear is real.

When I start to feel the fear creep in I instantly panic; I grasp tightly onto something stable and comforting around me, reaching for the warmth and happiness I want instead. But the darkness and terror creeps closer. And my natural reaction is to lash out, to battle it. This internal fight triggers external reactions; I take out my fear on the comfort I cling to, often my boyfriend who has done nothing but love and support me. I lash out on little annoyances that usually wouldn’t bother me, I raise my voice and blame him for the situation that is making me so scared. It is unfair, and I feel awful afterwards, but in that moment my mind is ablaze with so much negative turmoil that I cannot think clearly.

What am I so scared about? It is deep rooted fear of the unknown.

Ever since I can remember, I have had the most vivid imagination. I could conjure up the most intense stories and images as soon as I choose to focus on something. I could play for hours in the gardens, imagining that all the bugs lived in a magical world and communicated with one another (I wrote a chapter book about this when I was 7). I could lock myself in an unused walk-in closet in my parent’s house and make this closet a new country; a country with a name, flag, national flower, unique alphabet and a school to learn it all (this closet, called Utopia, existed with two desks: one for my brother and one for my Dad who were forced to learn the Utopian alphabet and national anthem in daily classes). This beautiful imagination also caused me so much pain. As a child I would go to bed each night and toss and turn for usually 2-4 hours, unable to sleep because of the replaying of things that had happened that day, or the vivid images of what would happen tomorrow, or the life-like monsters of the unknown that crept in the dark. I was the girl to ran to her bed from the washroom each night and made an Olympic long jump to the bed to avoid my toes getting to close to what hid underneath it.

This active imagination made each childhood situation more exciting than it actually was. It was always creating games and made up creatures all around me. One day a game was created while I was swimming in my parent’s pool when I was around 10 years old. I remember jumping into the pool and then having to swim out as fast as I could because there was a HUGE shark. I had only seconds to avoid its deadly bite. I continued to play this game for weeks until it started to feel much more real. After I hurled myself out of the pool, I would look back at the water to make sure there was nothing actually there. When I treaded water I could feel the fear creeping in that I couldn’t see what was below me because there could be some awful sea creature there! And I was in a pool for goodness sake!

This phobia had a soul of its own, growing on its own accord. I didn’t realize that I was manifesting this phobia until my 13th birthday; my parents threw a ‘Survivor’ Birthday party for me and my 5 girlfriends where we had to compete in fun challenges. One of the challenges was to jump into the ocean from our dock (we lived on a bluff of trees that had an old little wooden dock at the end of it), swim to my Dad in a kayak for a note and then continue the challenge. I have always been very competitive, so I jumped in as soon as it was my turn, ready to be the fastest, but instantly froze. I couldn’t see through the dark murky water below me, I couldn’t touch the bottom, and I screamed. I started sobbing. I couldn’t control myself I was so frightened. It was so unexpected that my parents and friends also didn’t know what to do. Finally I started crying out, “I need to get out, I need to get out!” and that was the end of that game.

Ever since I have not been able to be in the ocean if I cannot touch the bottom. Even if I can and the water is dark/murky I still sometimes feel the fear. I do not know what is in the water with me, and that unknown sends a spike of fear straight through me. Why do I bring this up now? Because I just went on a trip with my boyfriend to the Whitsunday Islands in Australia where I camped for 3 days on the beaches of the islands and then sailed for 3 days around the islands. We were sent to the island via a small metal boat and that day the ocean waves were huge; the boat would literally fly off a wave to crash down on the bottom of the next, and as passengers we had to hold on to our seat or fly a couple feet off our seat with each crash landing. The waves were only seconds apart. The boat ride was an hour long, and I was so scared the whole time of the boat flipping and us being in the middle of the ocean that I could barely speak. Finally, in the last 15 minutes of the boat ride I started repeating a mantra that just came out of nowhere. I started taking deep breaths and with each wave I’d say to myself “Everything is going to be ok. I’m going to be ok.” I said it again and again, hundreds of times, slowly creating a calmer place for my mind. And when we arrived at our camp site, everything was ok! Then came the sail boat. Luckily the rocking of the boat was not near as scary as the camp boat, so that didn’t make me as nervous, but what did was being in the water. Each day we went to a new reef to snorkle/scuba dive. I choose to snorkle as hyperventilating is not good for scuba diving, but even this was scary as hell. I hyperventilate when I snorkel because even though I can see what’s below me, I can’t see that far in front or behind, and a shark could just come out of nowhere and eat me! But each day I got in the water, and each day I worked through my mantra “I’m going to be ok.”

This trip made me stronger. I took bigger steps towards overcoming my fear of the unknown than I ever had before. I am definitely not cured, and I am not sure if I ever will be entirely, but I now know that I will be ok. I have the power to create calm in my life in high stress situations, I just need to choose to not attach my emotions to these moments. This detachment leaves so much room for peace and clarity, a place everyone deserves to be in as much as possible. I am learning with each day that even the small fears and stresses can effect my relationships and happiness, so it is important for us to first recognize these feelings, acknowledge them, and then just let them past. There is no need to dwell and over analyze, that’s not good for anyone. Just let the negative thoughts and emotions go and tell yourself, “I will be ok.”

3 months of loving Odessa. 💛💛💛 And everyone loves you so much! I could barely get a photo of just Odessa because everyone wanted in on the photoshoot. 👶🏼👧🏼👱🏼‍♀️🐕🐶 How special is it that your birthday and birth month celebrations will always land on the magical solstice days (she was actually 3 months old yesterday on the 21st ☀️✨#summersolstice) You are such a light in our family, it only makes sense to celebrate you on the longest day of the year! ☺️
Happy Daddy Day!! 😁🥳
Happy Fathers Day to the best daddy-o in the biz to our 3 girls. 👶🏼👧🏼🐕 To the guy who’s the ultimate poopy diaper changer, the best ball thrower for Stevie, the greatest slide builder (see last video), and the best friend our girls could ask for. ❤️ @pistolpaul55
Family yoga means a toddler climbing on you whenever you’re in plank, a puppy giving your face kisses whenever you’re in cobra/downdog, mid-flow diaper changes and feedings and lots of laughs. ☀️💛 It may not be the perfect traditional yoga class, but it’s perfect to us. 🥰
The girls are vibin’ with this beach house in their matching @kikiandme.ca shirts 💛💗❤️ Nothing says summer like sunshine, lakeside and tie-dye! 🥰
There’s some kinda magic in water. ✨ Washing away all our worries, stress, exhaustion. Cleansing our minds, recharging our souls and filling our hearts with joy. Grateful my hubby’s work supported him taking a 1 month paternity leave so this family time could be possible. 🧔🏼👱🏼‍♀️👧🏼👶🏼🐕